The scheduled Festivals & Events in the Gunnison-Crested Butte area and around Gunnison County are just pure Colorado fun in the mountains. Each venue reflects the nature of the area and the imagination of the people who live here. We invite you to join us in what we believe are fun, entertaining, and mind-expanding experiences! For more information about any of the events listed here, contact the WestWall Lodge front desk at 970-349-1280 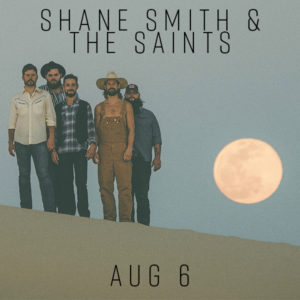 Singer-songwriter Shane Smith leads this hard-edged Americana quintet, robust with powerful vocals exerting a cappella and four-part harmonies, vivid lyrics, and thumping four-beat drums. Aggressive in their delivery, their creative roots music carries a raw country edge that makes the barn-burner feel like arson. Home-based in Austin, Texas, these five working musicians unleash incendiary shows, ignited by the band’s ability to draw from and feed back to the energy of the crowd. Lyrics turn the mundane into the transcendent, from the newly freed slave dancing in New Orleans’ Congo Square to the rueful reflection of a sinner who spent too much time on the wrong side of the church door. The band is Shane Smith (guitar), Bennett Brown (fiddle), Tim Allen (lead guitar), Chase Satterwhite (bass) and Zack Stover (drums), and they are hell bent on going places. Dance while you watch them rise.

Rain or shine on the Center’s Outdoor Stage.

This website uses cookies to improve your experience while you navigate through the website. Out of these, the cookies that are categorized as necessary are stored on your browser as they are essential for the working of basic functionalities of the website. We also use third-party cookies that help us analyze and understand how you use this website. These cookies will be stored in your browser only with your consent. You also have the option to opt-out of these cookies. But opting out of some of these cookies may affect your browsing experience.
Necessary Always Enabled
Necessary cookies are absolutely essential for the website to function properly. This category only includes cookies that ensures basic functionalities and security features of the website. These cookies do not store any personal information.
Non-necessary
Any cookies that may not be particularly necessary for the website to function and is used specifically to collect user personal data via analytics, ads, other embedded contents are termed as non-necessary cookies. It is mandatory to procure user consent prior to running these cookies on your website.
SAVE & ACCEPT